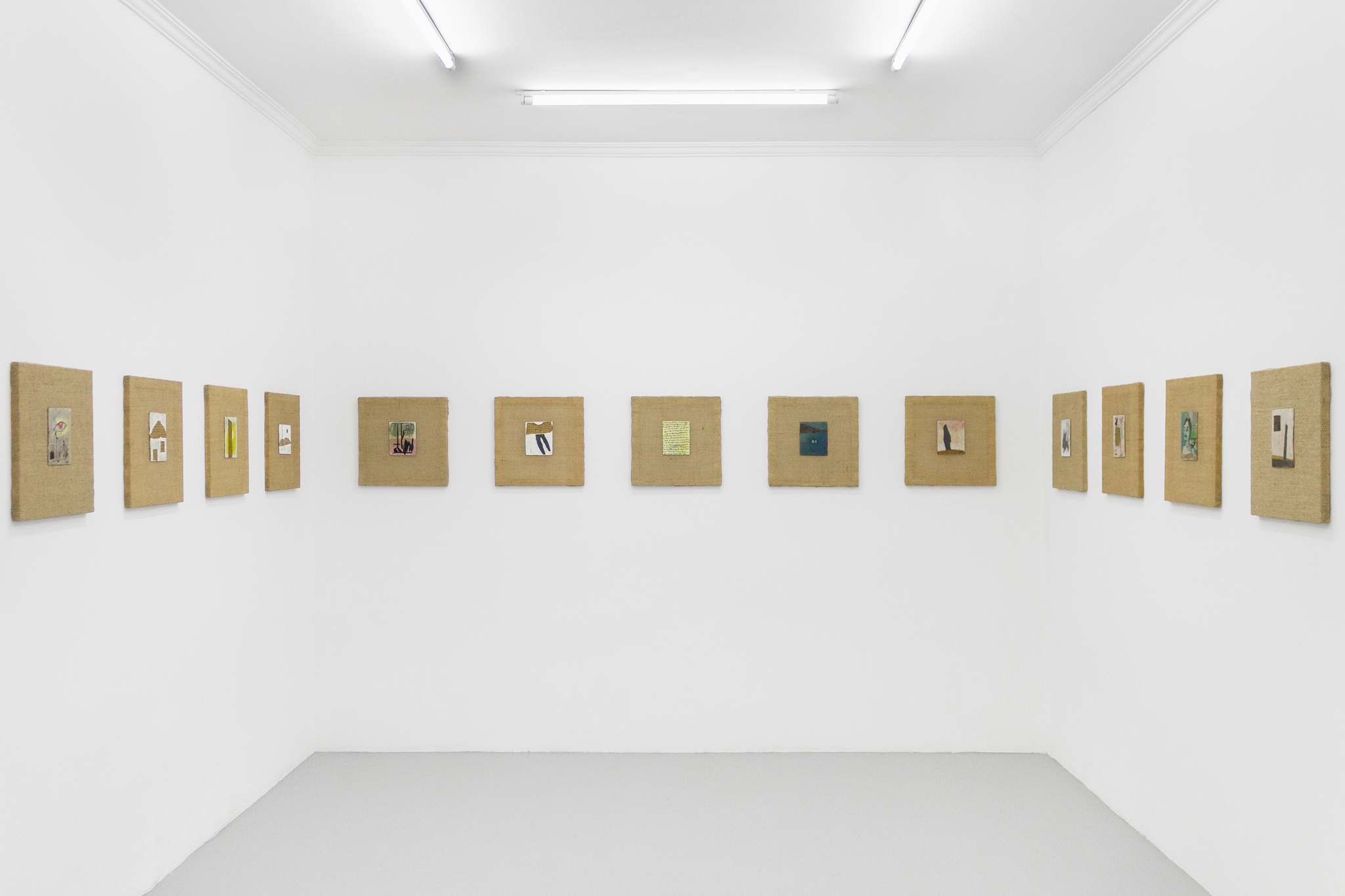 Classical landscape painting does not present a natural space based on a spontaneous, contingent perception, but a directed gaze and an external world systematically brought into form according to rational principles of perspective.
Blerta Hashani is interested in depicting landscape, too, but what she presents are views on the nature surrounding her instead of idealised scenographies. Her small-scale works are subjective images translated into experimental, minimalistic paintings that need nothing more than few brushstrokes, a sketched line or a layering of translucent paint. They reimagine what she has seen as a two-dimensional field, in which, by means of forms and colours, an abstract idea takes shape. Modulated from basic elements, fundamental aspects of landscape become visible: volumes and contours, atmospheres, degrees of luminosity, of lightness, and solidity. Horizon lines turn into coordinates that provide orientation and yet leave much to the imagination. Views are realized out of a gesture and the trace of a distinct painterly movement. These works create a parallel reality to the world as perceived by the artist. The canvas becomes a field for memory, where the experienced is deposited; a place for ciphers of an ambient that is subjective despite its generalisation.
The minimalist forms Hashani employs represent not so much something as first of all themselves: as line, gesture, colour, materiality, all together evoking the mental idea of a specific scenery. Accordingly, the pictures are not results of a careful calculation, but emerge from a connotative space full of subtle energy. They refer to an inherent logic of the painterly as an expression of their cause and fall into one with their appearance. Underlying them is a constant preoccupation with the perception and constitution of their own genesis. That is also why their titles are kept general: Hill & Water, Rock & Air, Earth & Sky, A Branch in the Sky. Nothing in the paintings contradicts the idea of these motifs, and yet they illustrate little. They rather evoke sensations of an unspecific nature that feels familiar without being identifiable.
The collaged text on paper Hashani often uses to disrupt any idea of realism show letters and linear structures. It is not a real text that wants to be deciphered, but also not a fake one. These scriptural traces activate the idea of memory and the way it transforms perceived information into concise images. We are reminded of the lines in the soil after a field has been ploughed or the first sights of plants starting to grow: a writing by nature, an inscription into the ground. The world evoked by Blerta Hashani in fascinating abstraction is indeed a rural one, but not uninhabited. Sometimes a face shimmers through fields of colour or disappears in the dark. Eyes zoom in on details of nature, sketched with few lines. Hashani is interested in the emotion behind the visible, the breath that emanates from everything that surrounds us. Some of her wooden canvases seem to pulsate with colour, even though time stands still in each of these captured moments.
These paintings are as much about the place where Hashani lives as about herself and her being in the world. She is the mirror that reflects the information she gathers, the sensations she feels, and the transformations she experiences. Translating all this into lines and fields of colours, the artist enters the image – as a unique pictorial translator of her own outer and inner view.