curated by Elise Lammer for SALTS

We find truth in silence, in smoking cigarettes, in endless speculations about Agnes Varda’s life and whereabouts. We saw a picture of her and Jim Morrison in 1971, while Varda’s husband Jacques Demy was shooting Les Demoiselles de Cherbourg in Paris. In Albania, stray dogs live on the main pedestrian streets, they wear green ear tags, are castrated and get free food from passers-by. The legacy of communism is ironic, disturbing. Is the legacy of atheism freedom? Are stray dogs free? We look at cows looking at us looking at them. We pet kittens, adopt them fictionally. Our mascot is a wheat cracker, we named her Darwina, she hangs happily from the rear-view mirror. We drive drunk, too fast, or too slow. I read somewhere that Varda also organized Morrison’s funeral at Le Pere Lachaise cemetary. I went to visit his tomb as a teenager, my first and last fanaticism it seems, a harmless biographic hiccup. A decade later, I discovered Varda’s work, almost at the same time as Chantal Akerman’s films. Half-fanaticism admittedly. In the formation of my young, incomplete memory the two women form one entity. Like one long space movie. Chantal and Agnes on the moon. Agnes and Chantal in a spaceship. Similarly, this trip seems endless; we have time for nothing else but doing nothing; dreamscape is scrolling, the wild and the dry is hypnotizing. We patiently wait for borders to come to us. At night, we drink beer in silence; my head is empty, so empty that I need to remind myself to be happy, that we’re alive. The non-stop motion fills my heart with elementary thoughts. Numbed and soothed I realized happiness caught up with us. Our spaceship is a Suzuki Jimny, the closest to the Jeep tattooed on your left forearm you could get. It is actually an Ignis, the closest to a Jimny you could afford. Jimny is a painting, the one with the green staircase, marine donuts, flying shiso leaves. On the way we stop to shoot random scenes of you performing absurd gestures. The synopsis seems obvious. You wet your shoes while piling stones in perfect equilibrium in Slovenia, you arrange pieces of found trash between your toes in Croatia, you climb the stairs of decaying buildings in Kosovo, you speak an invented language everywhere. Glo-sso-la-lia As-to-ni-shing. Later I will record an actor reading this text and use it as a voice over, the over-title of a journey if you will. The voice should be soothing, seductive, with a hint of authoritative firmness. The depth of the painting you just finished is indeed astonishing. Blue Ginko has no ginkgo leaves. You’re in love. Astonishingly in love, lost in the depths of this new state; soothing, seductive with a hint of authoritative firmness. While the ambassador delights in the concept of organized chaos, I wonder why this other painting is titled Hard Trek Soft Cover.

“Time passed in brewing tea, the odd remark, cigarettes, then dawn came up. The widening light caught the plumage of quails and partridges...and quickly I dropped this wonderful moment to the bottom of my memory, like a sheet-anchor that one day I could draw up again. You stretch, pace to and for feeling weightless, and the word ‘happiness’ seems too thin and limited to describe what has happened.” 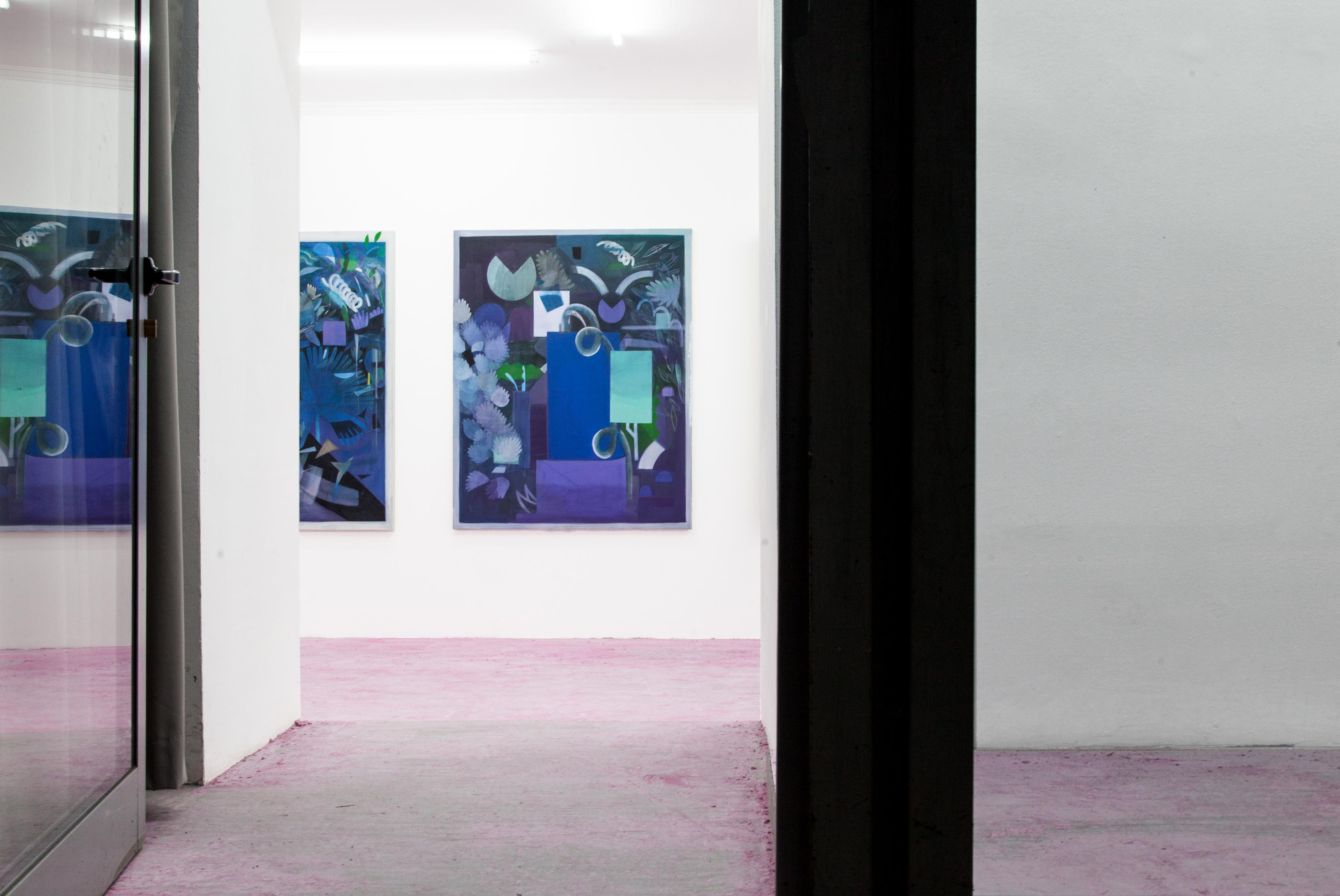 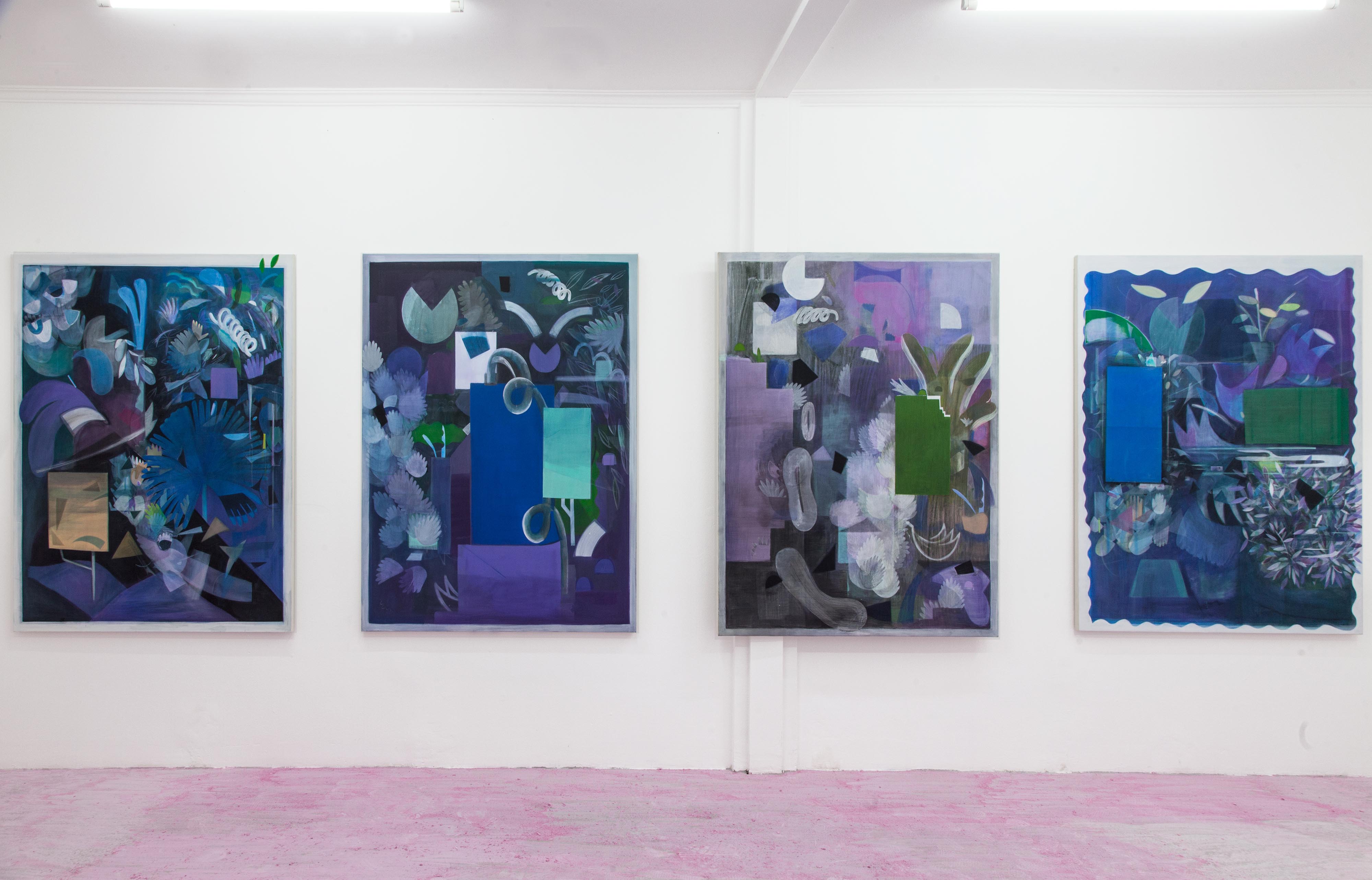 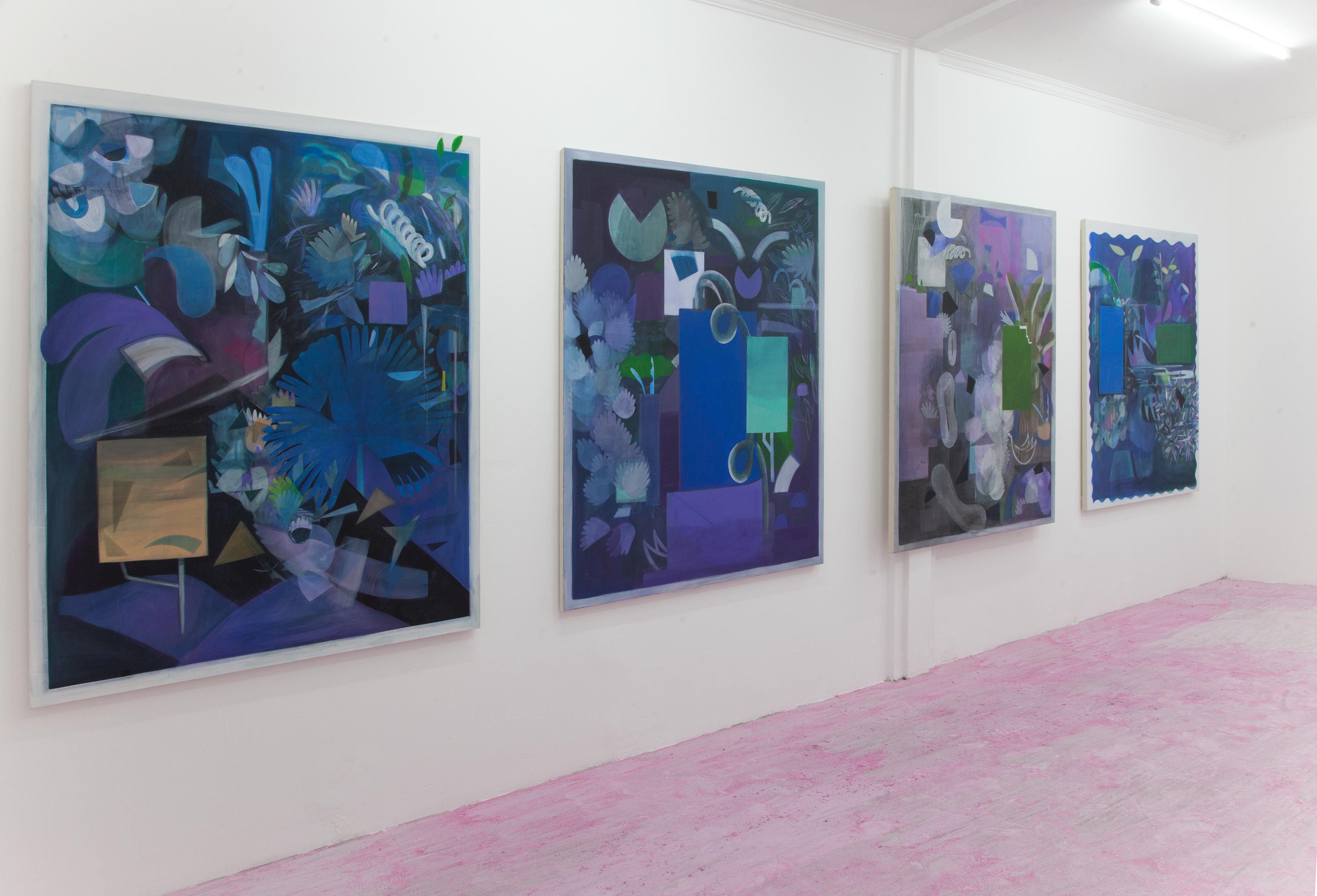 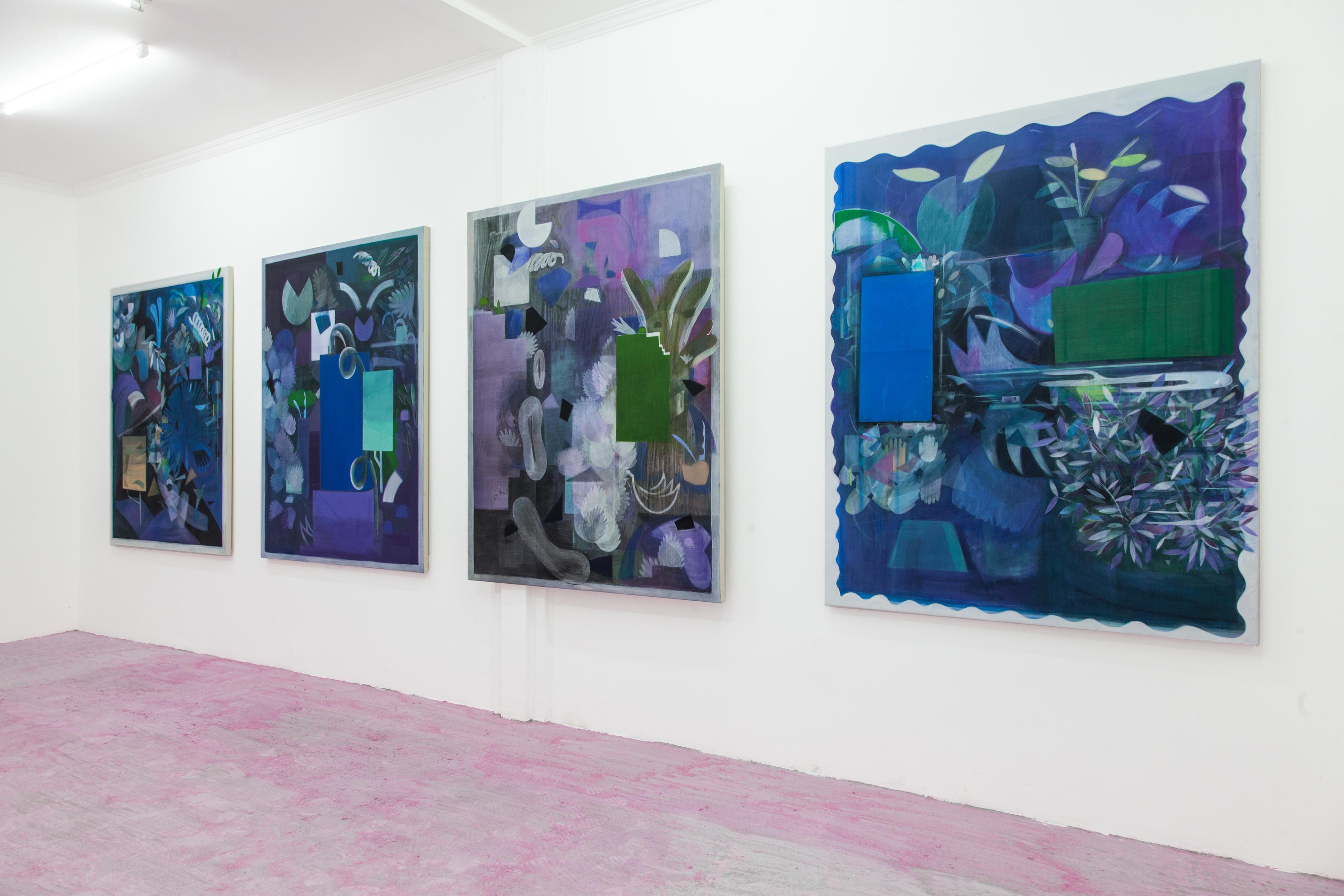 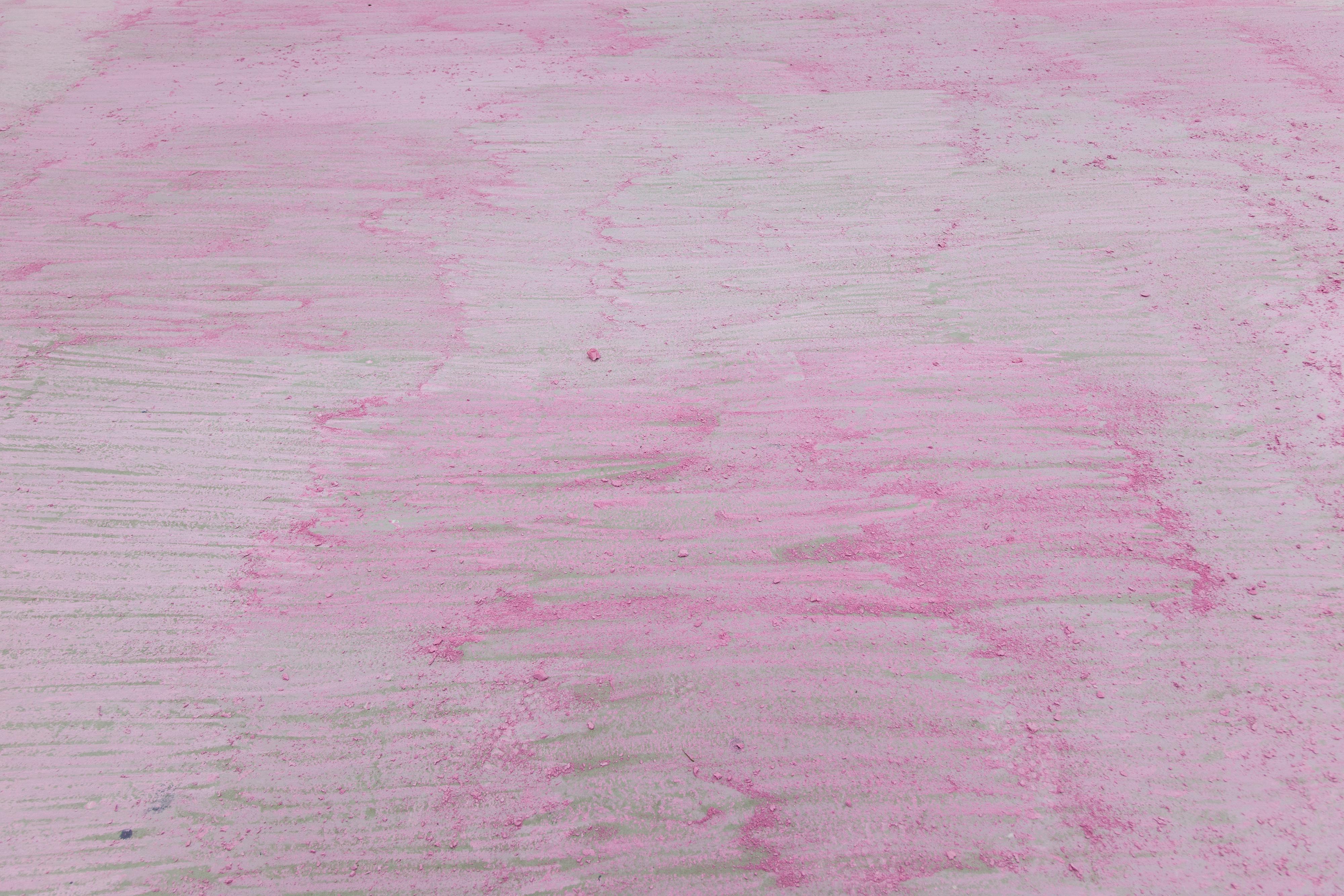 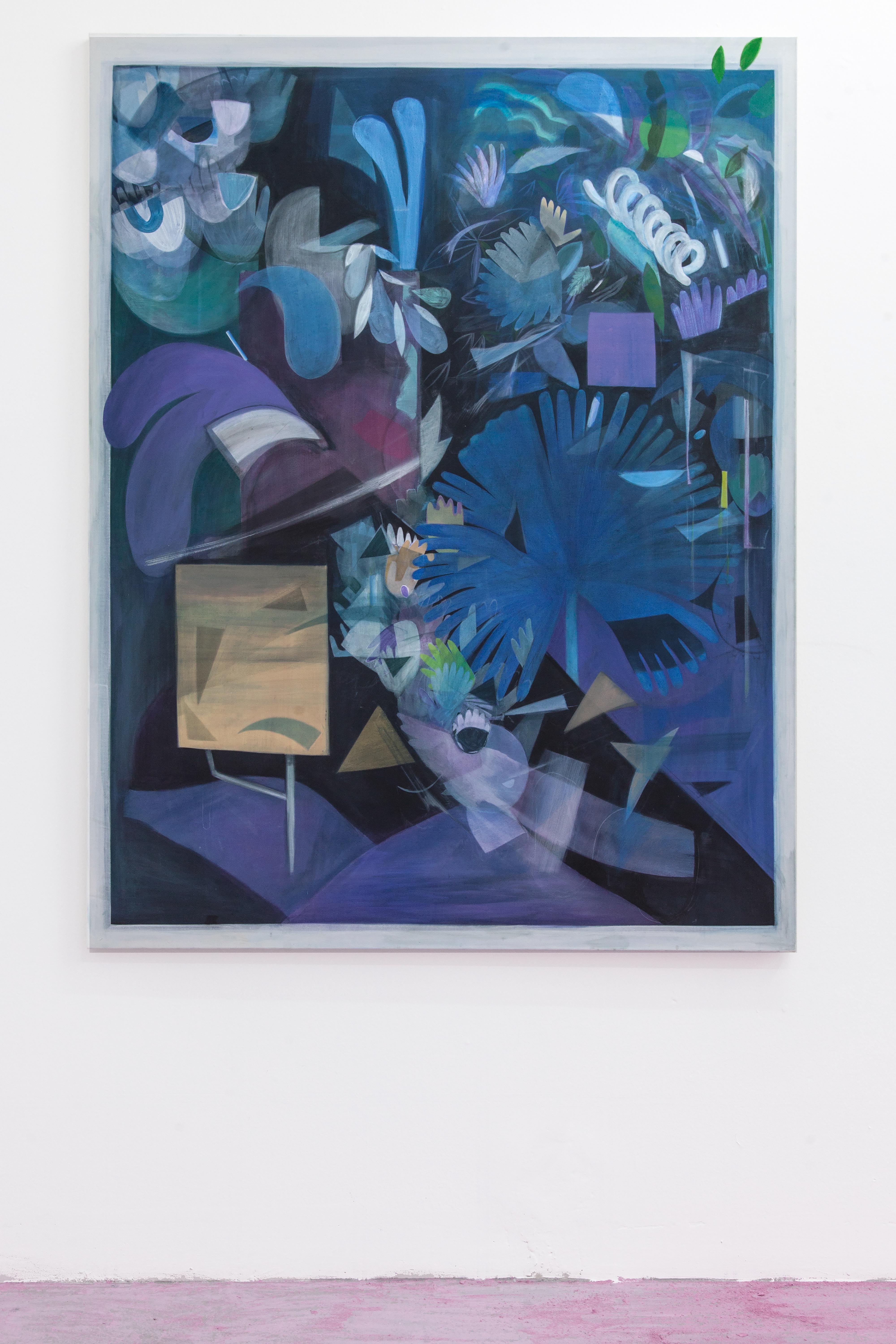 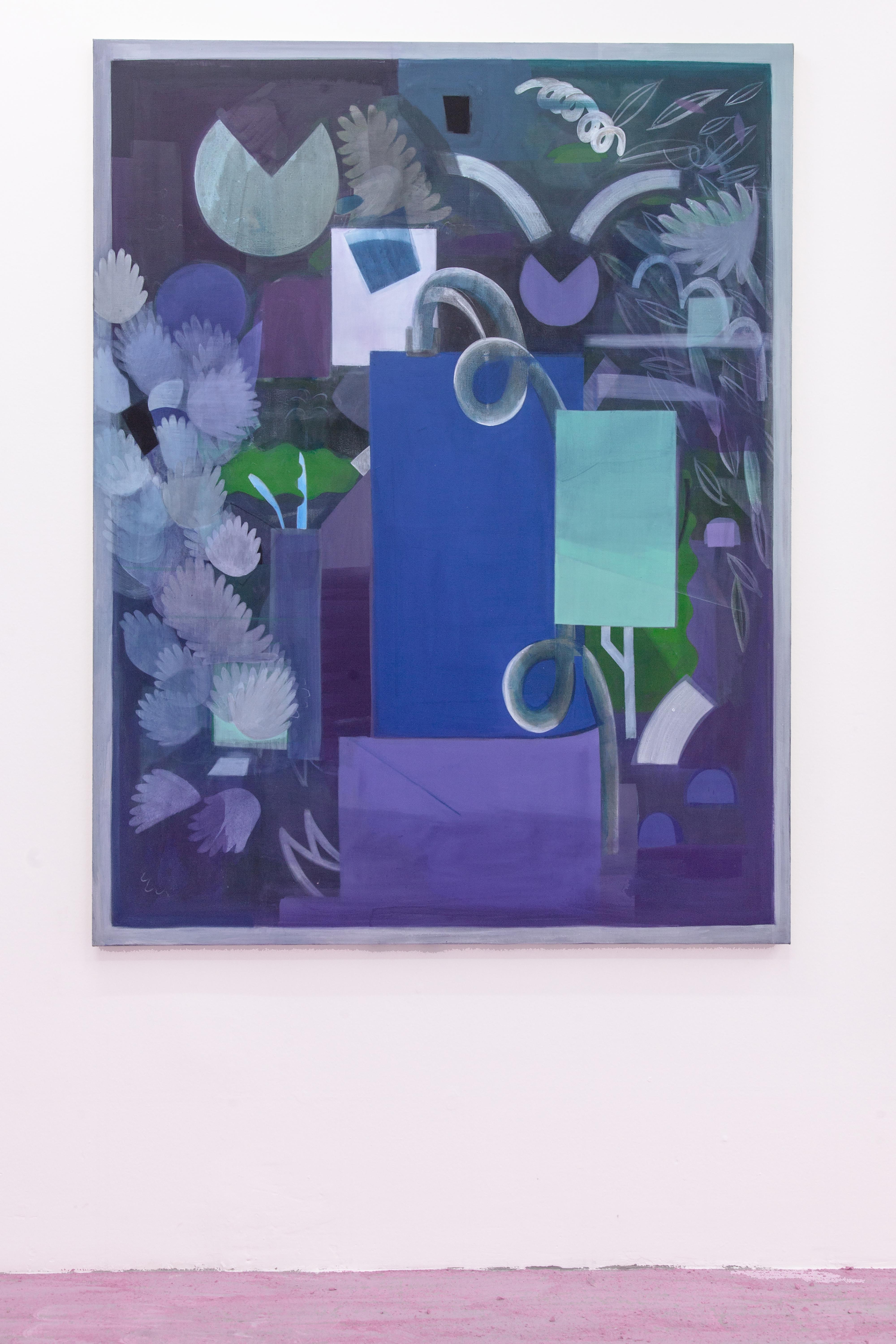 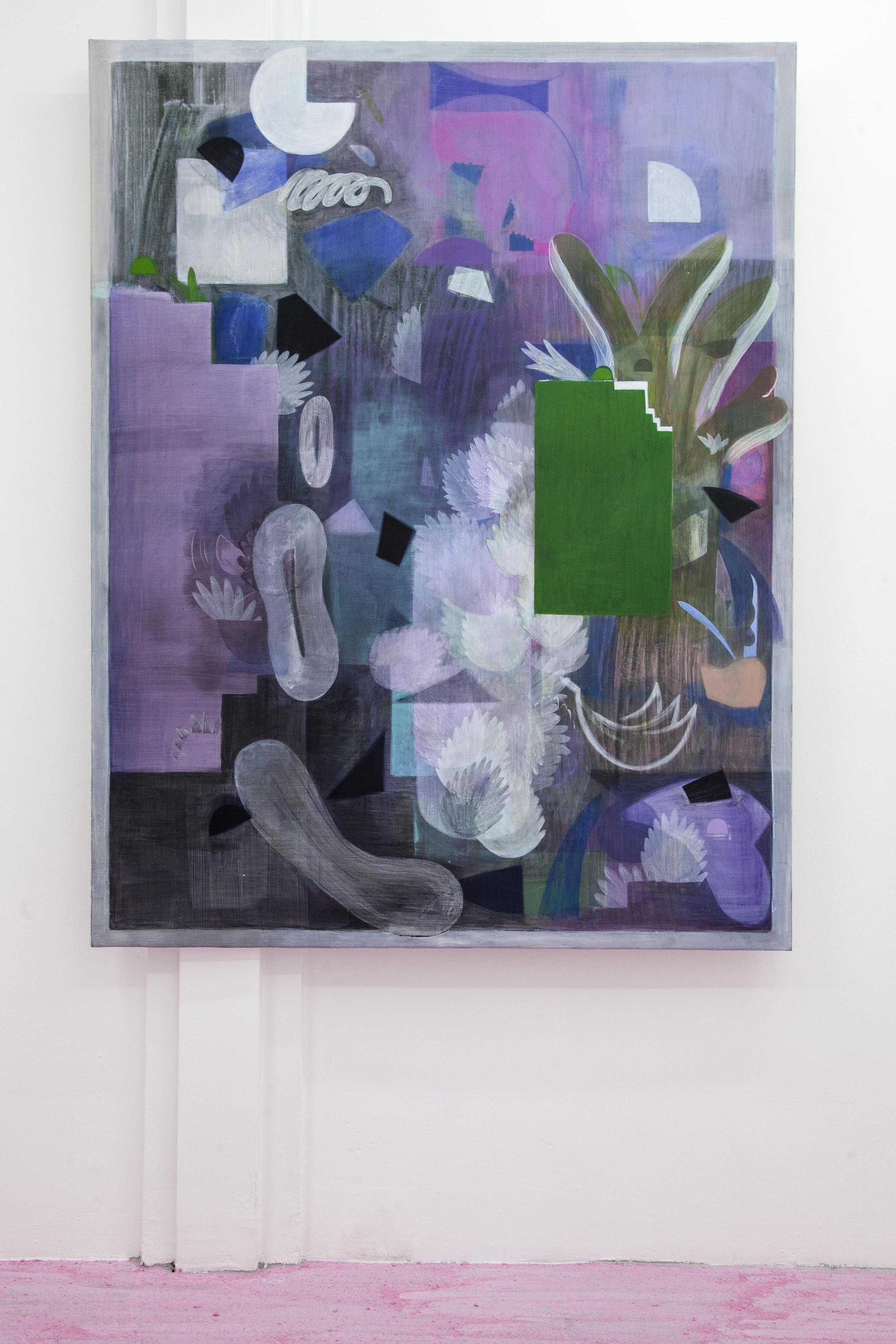 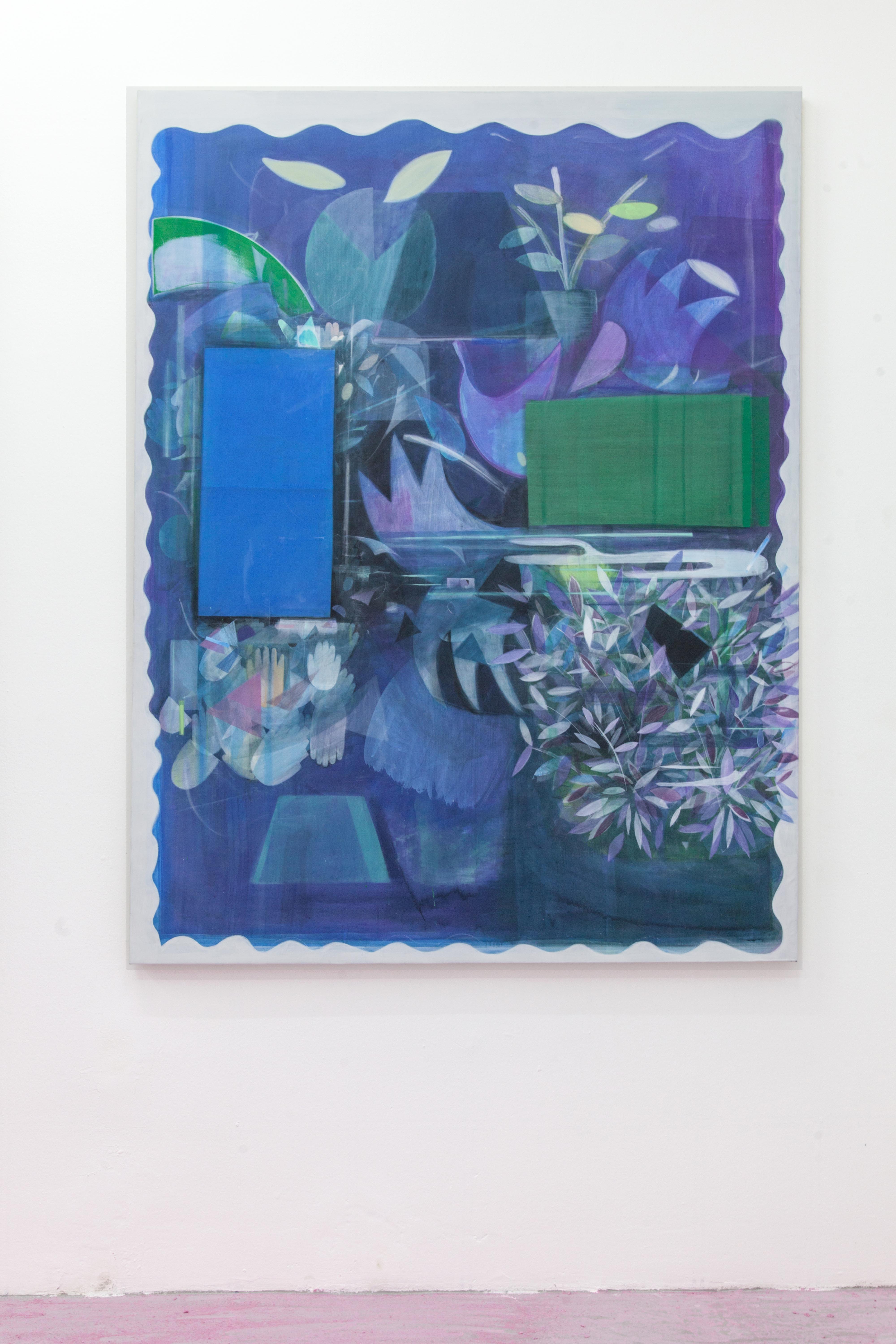 Photocredit Majlinda Hohxa
The exhibition is supported by the Swiss Embassy Kosovo.